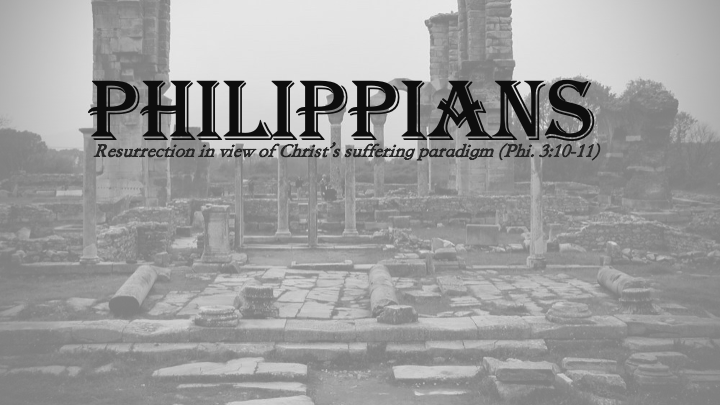 After we see how the “Threefold Mimesis” concept of Paul Ricoeur’s narrative theory applies in explaining the conversion of Paul on the previous page, we are going to see how this works on the Philippian Church in the study of the Epistle to the Philippians.

For Philippian Church, they faced external and internal challenges. For external challenge, Philippi was a Roman Colony and the first city of the district of Macedonia (Act 16:12). A military station or colony was established in Philippi after Octavian defeated Antony at Actium in 31 BC.[1] The social political and cultural challenge mainly was the Roman Religions and the Imperial Cult in Graeco-Roman Culture which signified with: (1) the features of religion permeated in all aspects of life, (2) commitment to polytheism and integration of gods in Roman policy, and (3) hierarchical and obligational cultural and values realized through “patronage system”.[2]

In the Graeco-Roman World, every part of the life and culture were permeated with religion, even in families and individual’s deity.[3] Also, religious practices and worship was an essential part of the political workings of the Empire, and the maintenance of the cults and ritual was necessary to keep the civilized world in order.[4] (c.f. Act 16:19-23) The most problematic was that the Roman Empire was polytheistic in policy, practice and function which conflicted with Judaism and Christianity.[5] For toleration, even merging of local and Roman Gods even occurred.[6] These created an atmosphere of syncretism which was regarded as normal in the Graeco-Roman World. And indeed, religion of the Philippians at that time was distinctively syncretistic in which ethnic Thracian deities coexisted with the imperial cult and the classical Greco-Latin gods, and those religions also existed.[7] What’s more the “patronage system” which created the hierarchy and obligations under the Graeco-Roman’s values and ethics which failed to address Jewish moral concern.[8] And also, the imperial cult which was direct worship of emperor embedded in complex religious, social, economic and political systems. All these were concluded, as Johnson said in Among the Gentiles that, “Polytheism’s intrinsic permeability and expansiveness made the emperor cult not only intelligible but logical.”[9]

For faithfulness to God and maintaining the purity of their beliefs, Christians rejected any worship of local gods as well as imperial cult, and would not participate in city life which constituted the accusation of atheism and hatred of humanity. For blessing from God in terms of the success of Gentile mission, Roman Empire also thought as posing the threat of decline of religion to empire’s unity, neglecting the religious responsibility and violating the traditional morality of Roman. Judaism also was in monotheistic practice, but it has been recognized as legal religion in Second Temple Period. [10] Thus, they could have the privileges of Jews on government welfare and exemptions on participations in culture of the Empire as well as the benefits of their own congregation of worship.[11] Christianity was initially regarded as a division of Judaism,[12] but of course it was not, and the gentile Christians won’t be benefited from the welfare of Jews. However, Christians would still face the adversity of Jews (Act 18:2) or the suppression of government due to disputes among Jews and Christians.

Under the “patronage system” and the un-privilege, any violation of the law would be subjected to different execution according to different social status and class position. For example, a Roman Citizen who killed a slave or any person in lesser status, would deserve no penalty at all. Thus, protecting the status and position would be the most paramount concern for Roman Citizens. The public execution in Roman would put on slaves, war prisoners and army deserters etc., and early Christians were also often publicly executed because of refusal to worship or make sacrifices to the Roman gods and the Emperor. However, the most shameful way to be executed for a Roman was to be crucified.[13] Thus, as discussed before, we could imagine how the non-believers, including the Jews and Pharisee as Saul, to see those Christians whose Lord, Jesus Christ who was crucified in a shameful way from the view of patronage’s ideology in their time.

For the internal challenge within the Philippian Church, this may hint from finding the opponents of Paul. According to the epistle, there were following contestation issues:

From the above, what the contestation problem in Philippian Church was that Paul was in imprisonment, waiting for trial for execution. The Philippian Church believers were annoyed by those Jewish Christian who proposed the circumcision would be the correct way for safeguard in the salvation of God as well as under the protected privilege offered by Roman government. What Paul had preached would not help, even Paul himself was in the prison for being execution. It is believed that the believers in Philippian Church might most probably be Gentiles. Otherwise, they won’t have to be frightened by this claim. Whether the sign of circumcision would be their sign of the real salvation, cause doubt to those Gentile believers. These were the prefiguration (Mimesis 1) of the Philippian Church.

We would now understand more on why Paul would say that “no way alarmed by your opponents – which is a sign of destruction for them, but of salvation for you, and that too, from God” (NAS) (Phil 1:28). The purpose of this epistle would be for affirming the salvation of the believers of Philippian Church that the judgement for the sign of righteousness was from God but not from the circumcision which was required by the Law (Phil 1:28). As the salvific assurance was from God by His grace through believing Christ because the salvation was based on his obedience to sacrifice under innocent and sinless, they should know their ethical identity of the citizenship in heaven (Phil 3:20) which was suffering for Christ’s sake (Phil 1:29). The suffering would be in the way of contestation that they could be seen and heard from Paul’s previous and current circumstances. But still, Paul still contest against them (Phil 1:30) as Paul was acting to demonstrate his belief that the suffering for the sake of Christ was obvious for Christian’s life. Thus, Paul would mention about the contrasting consequence of those opponents and the genuine followers of Christ in Phil 3:18-21. This exhortation would actually the Mimesis 2 of Philippians’ story but the Mimesis 3 of Paul’s transformed story that invited Philippians to have the same goal and mindset towards future vindication (Phil 3:12-21) through imitating his imitation to Christ in the lifetime. Not only that, Phil 3:21 was also refer to Phil 3:10-11 to persuade Philippian Church to interpret “suffering” of current situation in accordance with the “resurrection” notion. That is what we said before that is knowing today from knowing future.

And the belief of Paul in Phil 3:10-11 also echo the suffering story of Jesus Christ Phil 2:6-11. The double resonance (i.e. Philippian Church – Paul; Paul – Jesus Christ) would constitute a coherence in experience of suffering, in order to make effective in exhortation for (1) tolerating the earthly suffering by imitating Paul who was imitating Christ through the available “power of resurrection of Christ”, and (2) looking forward to future resurrection by conformity into glorious body. This is a kind of “nesting of narratives” in his writing. The resonance in the experience of suffering and death (or the risk of death) among the nested stories and the given meaning of previous stack (or stacks) of story(ies) could cast a meaning for the reader (Mimesis 2) in understanding the meaning of today’s situation and encouraging the meaningful living of today with projected the meaningful future.

In the “Beginning”, the story of Christ was from His choice of not regarding equality with God a thing to be grasped, and emptying himself by taking on the “form of a slave”. This was similar to the “Beginning” of Paul’s transformed story that Paul’s choice of action after conversion was counting all things loss although those were gain to him. It might be the benefits and the goals in the role of Pharisee, or even mentioning the refusal of Roman citizenship during beating and imprisoned by local magistrates (Acts 16:19-24)[15]. This could be unobvious resonance of both nested stories. For the “Middle”, the “suffering” and “death” in Christ’s story would mostly echo to Paul’s circumstances of imprisonment and possibility of being executed. However, it was believed that the Mimesis 2 of Paul’s experience that we have discussed in previous sections, that he would be more than eager to confine himself into the paradigm of obedience (2:7-8) as Christ for looking forward to future vindication (Phil 3:20-21) in the “end” as Christ’s glorious exaltation in the “ending” of His earthly story(Phil 2:9-11).For the story of Philippians, the most visible evidence would be from Paul’s transformed story. Their nesting would be started from the “middle” of the stories that both Paul and Philippian’s believers would face the same suffering. The consequence of Paul would affect their standing firm on the faith of the gospel (c.f. Phil 1:27) Thus, the sharing of mindset on how he thought of “suffering” and risk of “death” as a necessary role for being the follower of Christ that actually “participate in His suffering” and “become conformed to Christ’s death” for the sake of Christ. During the course of time, they could genuinely experience Christ. All these would deserve the prize of the calling and future glorious in their “ending” of the story (Phil 3:14). The resonance of the experience help persuading the Philippian’s believers.

However, the story of Christ was not just nested in parallel to Paul’s transformed story and the other stories because Christ’s resurrection opened a new era in soteriology. In the sequence of time, the consequence for the death of Christ started the beginning of Paul’s, Philippian Christians’ and other believers’ stories (including Epaphras’ or other Paul’s fellows’ and ours of today).

Here in this epistle, we could not know the response of the believers of Philippian Church after we had read the epistle. It would be the choice of either believing the circumcision as the sign of salvation as those opponents said, as well as the sign of Jewish privilege offered by the Empire, or believing in faith through Christ as the sign of salvation. Once they decided the way of following Christ after establishing “discordant concordance” in their mind (Mimesis 2), they would first change their mindset towards “suffering” and “death” for the sake of Christ. They would face the same or similar fate of Paul in participating the suffering and conformed to the death of Christ in terms of the attitude and the manner. Once they joined their story to the past, present and future to that of Paul’s transformed story, as Paul joined his past, present and future to Christ’ story, although discordance in reality continually attacking them, they could imitate Paul, which in turn imitating Christ, as their source of power for the journey of their life.[16]

Then, let’s see what is the implications…… 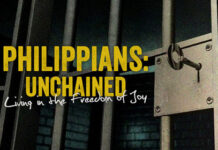 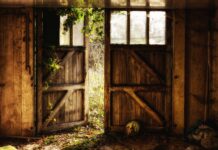 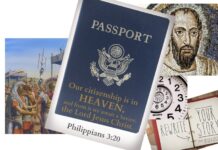 © All rights reserved by narratingGod.com
By continuing to browse the site you are agreeing to our use of cookies.
wpDiscuz
0
0
Would love your thoughts, please comment.x
()
x
| Reply
更多的故事